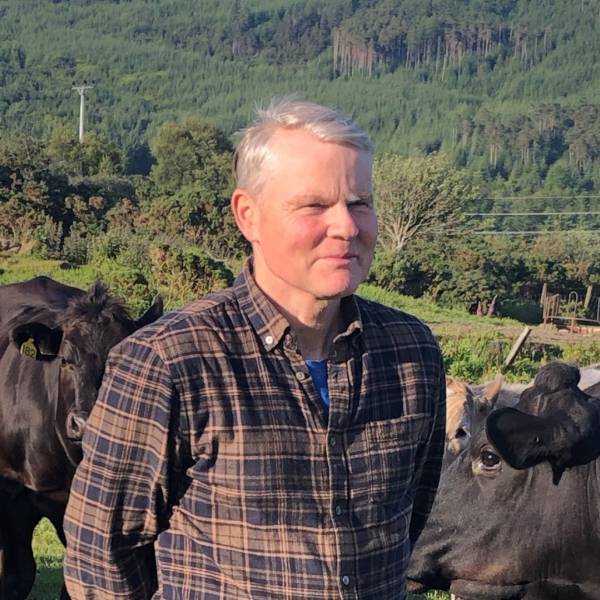 Baby Beef and Young Handler Judge
Judging these classes this year is Duncan Semple, of Dippen Farm near Carradale in Argyll. Across 1200 acres of mixed farm, Duncan runs 80 suckler cows and 350 ewes. His cattle are primarily bought from Stirling or are otherwise home bred, and at present he has 15 pure Charolais and the rest are black Limousin cross cows. Despite not having attended Borderway Agri Expo in person, Duncan has had numerous calves show at the event, some of which have achieved success in the ring. Duncan has considerable judging experience and is looking forward to seeing what he knows will be a tremendous line up of young cattle.

Discussing his role, Duncan said: “I’m extremely honoured to have been invited to judge. It will be my first time in Carlisle – I’m probably one of the very few in the industry who has never attended Agri Expo – and so I’m very excited to be taking part. When judging, I’ll be looking for an animal which is presented correctly, walks correctly, and has a showy head. I am not looking for extremities: it is correctness that matters to me. I want to see a proper loin, and well fleshed calves must walk correctly.” 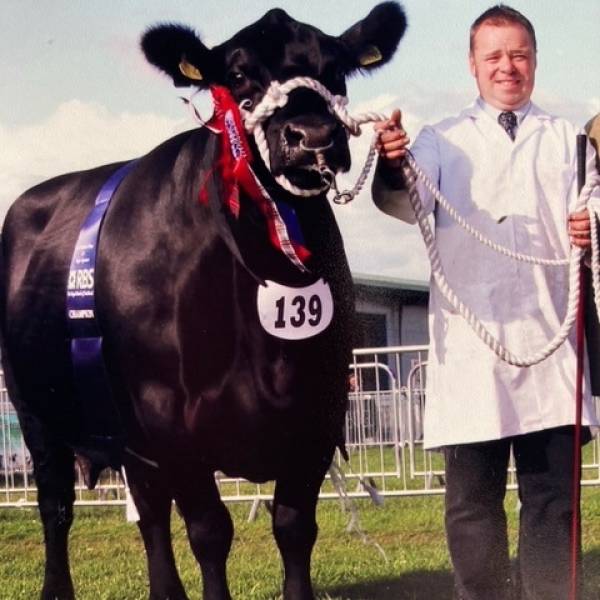 Fraser Cormack is a farmer and foot trimmer from Jedburgh in the Scottish Borders. Farming on a small-scale family farm, Fraser, until recently, has been a long-time breeder of Aberdeen Angus cattle and has been a regular face on the showing circuit, including Agri Expo. Previously, Fraser ran an impressive livery business turning out bulls for the Stirling sales which has bestowed him with a keen eye for detail.

Nowadays, Frasers involvement with the Aberdeen Angus breed lies on the other side of the line in judging. He believes it is integral to the future of the Angus to showcase what they have to offer the industry, from both a pedigree and a commercial stance, and Agri Expo is the perfect platform to do so. This year will be Fraser’s first year judging at Agri Expo.

Pamela Nicol is responsible for the management of Doldy Farms on a 2500-acre estate in Angus, Glenisla. The breed was first introduced to the estate by Pamela back in 2008 and the herd has now grown to 24 head of pedigree Shorthorns. Pamela also sits on the board of directors for the Beef Shorthorn Society.

Pamela has an incredible understanding of the breed and its characteristics; however, this will be her first experience judging Shorthorns. With a lengthy CV judging various sheep breed classes, Pamela is well-equipped in the showring to cast her eye over the line-up of Shorthorns at Agri Expo and is looking forward to this new challenge.

Chall Pearson farms alongside his partner, Kate, near Longtown in Cumbria. Alongside commercial beef and sheep enterprises, Chall runs around 15 pedigree British Blue cows on which he uses an embryo transfer system to breed utilise the best genetics from his herd; primarily his top cows Ridge Dean Izabella and Inishfree Imogen.

Originally from Newark, Nottinghamshire, Chall made the move to the north west four years ago to take the tenancy on a 175 acre mixed farm and farm independently. Judging the Border British Blue Club Calf Show will in fact be Chall’s first judging experience, and one he is very much looking forward to. 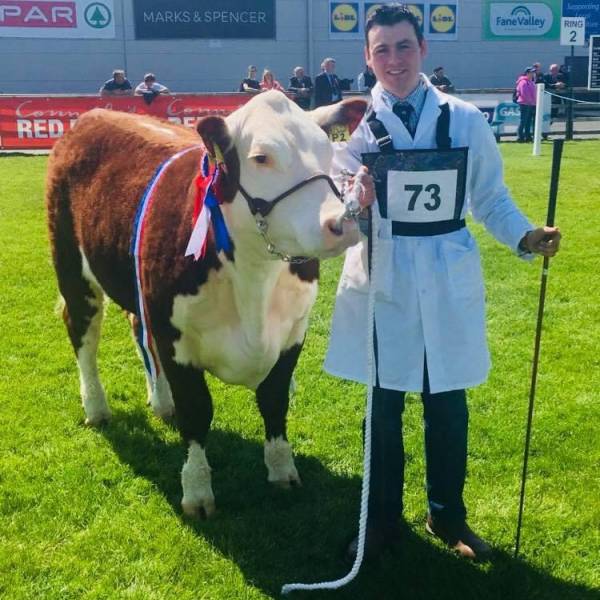 William McMordie is the third generation in his family to breed pedigree Hereford cattle which were first introduced to the farm back in 1953. Alongside his father, William runs a herd of 70 pedigrees, as well as some commercial cattle, on 175 acres of grass in Ballydown, Country Down in Northern Ireland.

William has over a decade’s experience in the showring and has previously judged Herefords at the Royal Highland Show and Scottish and Midlands Calf Shows to name a few. William also has experience on the other side of the line and showed his own cattle for many years. This will be William’s first judging appointment at Agri Expo, and he is delighted to be following in his father’s footsteps after he judged at the show in 2012. 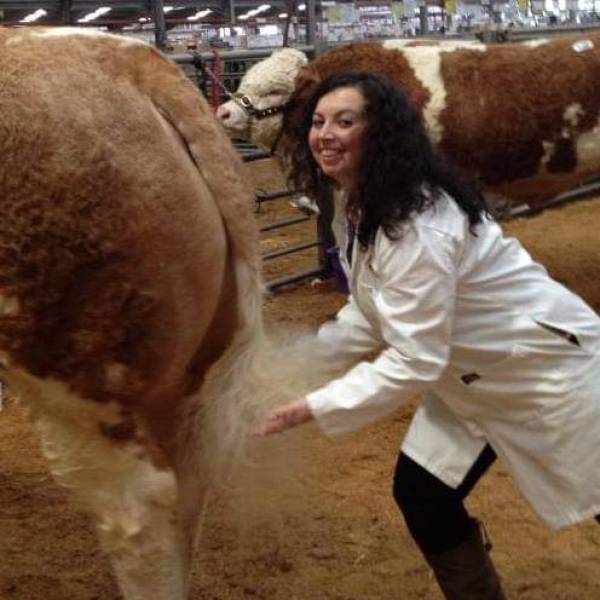 Varrie Loggie from East Merkland, Strathaven, Lanarkshire, manages her passion for Simmental cattle around a full-time career at a local graphics company. In her spare time, she helps her parents and brother run the 600-acre family farm which is home to 60 pedigree Simmental cattle and 700 ewes.

An active member of the Scottish Simmental Club, and a previous young members committee member, Varrie represented British Simmentals on congress in Australia in 2010. Despite not showing their own animals, Varrie’s passion for showing was ignited by helping others in the showring. This will be Varrie’s second judging appointment and her first time visiting Agri Expo. 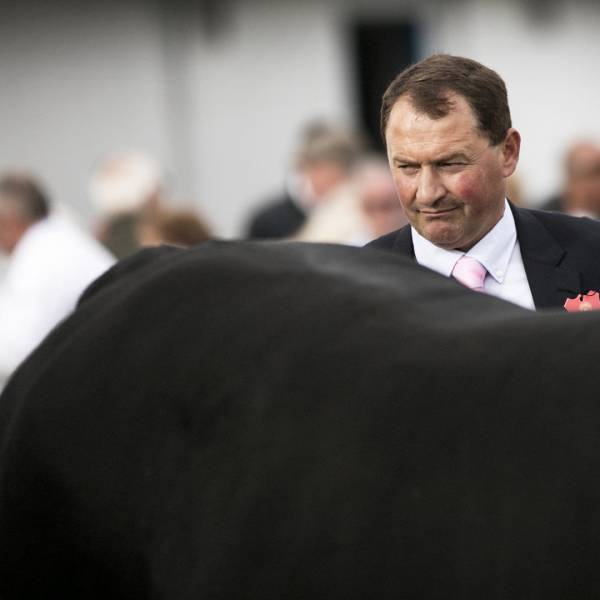 Michael Alford has been in the meat trade for 40 years and alongside farming owns an abattoir and butchery in the south of England. He has two farms that supply the abattoir which finish around 300 cattle per year on an ad-lib feeding system. Michael also slaughters in the region of 500 pigs and 500 lambs per week for local butchers and his own shop. Alongside this, he runs a herd of pedigree Limousin and Aberdeen Angus cattle, as well as a flock of pedigree Charolais, Suffolk, and Texel sheep at Foxhill Farm, Devon. Michael has plenty success in the showring as an exhibitor, but latterly has taken more of a role in judging.

On being asked to judge, Michael said: “In my opinion, without a doubt, Agri Expo has become the strongest fatstock show in the UK because it gets the strongest competition. It is well located and attracts tremendous stock from the four home countries, and it is a real honour to be invited to judge the cattle classes this year.

“I am looking for a show animal which is full of meat. It also needs to be in the correct weight range. I am a showman, so I want a bAllanced, correct, and showy animal, but it must have a finished carcase of a U or E grade with 3-4L fat cover. To me, the carcase is key, and of course personality.”

A notable beef and sheep farmer from the 145-acre Rye Hill, Sebergham, in Cumbria, Trevor is a familiar face in the showring having judged at many of Harrison & Hetherington’s show and sales across the north of England. A highly respected farmer, Trevor runs a flock of 300 Mule Gimmer lambs at home where he farms alongside his wife, Carol. Trevor purchases grey-faced gimmer lambs through local auction marts, particularly Borderway, Lazonby, and Middleton in Teesdale to rear and sell on as shearlings after lambing at the September sales.

In addition to the sheep enterprise, Trevor and Carol also manage a herd of 45 Blue Limousin cross  cows and calves and rears 80-100 beef stores each year to be sold as breeding heifers or finishing cattle the following year.

On being invited to judge the prestigious Mule Gimmer Class at this year’s Agri Expo, Trevor said: “It is a huge honour and privilege to have been invited to judge. I was really taken aback to receive the invite as there are many more worthy people than myself!

“This is a very big and very notable class to judge. I will be looking for a powerful and bonny pair of lambs. Something with plenty of length and a good skin, and I’d also like to see a nicely marked face too.” 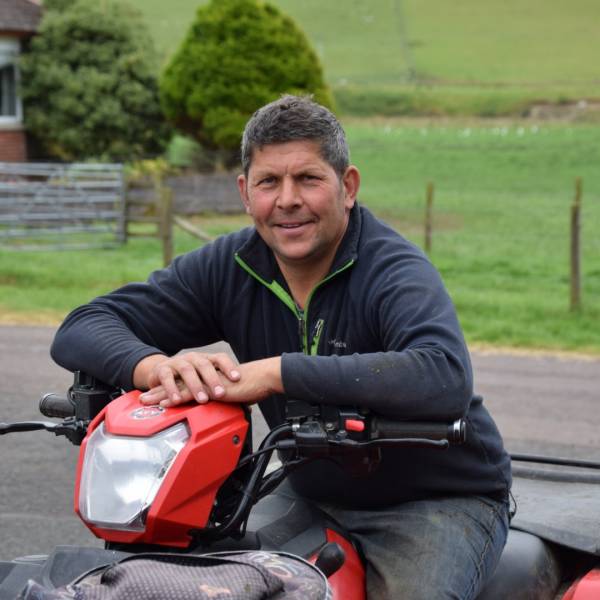 is a pedigree producer from Midlock, in South Lanarkshire. A third generation farmer, Allan farms 6000 acres where he manages nearly 3000 predominantly Scottish Blackface ewes, as well as 50 pedigree Texels and 80 Blueface Leicester ewes. Allan also sells around 250 tups every year. Alongside his sheep, Allan has 50 head of commercial cattle. Allan has a wealth of experience judging a variety of stock at shows covering the length and breadth of the country, however, this will be his first time visiting Agri Expo.

On being invited to judge at Agri Expo, Allan said: “I have previously judged a variety of breeds at shows all over the UK, but this will be my first time at Agri Expo. I am very much looking forward to the show as this is something a bit different for me which I have not done before. I am excited to see the diversity of stock in front of me, from breeding sheep to prime lambs.

“On judging, I will be looking for correctness; something which catches the eye. Pairs will really have to match too.”