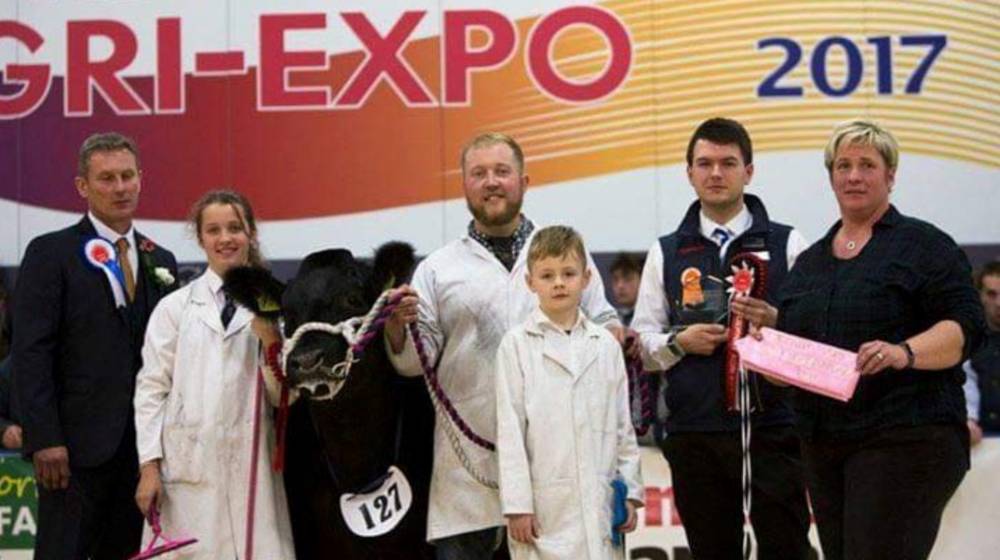 Pedigree British Blonde breeder, Eamon McGarry, runs the Budore herd of 25 head on 60 acres near Belfast, in Co. Antrim, Northern Ireland. The family farm, which he took over from his mother following his father’s passing, is all grazing ground and the herd is run commercially based, although approximately 90% of stock is sold to pedigree breeders across the UK and Southern Ireland.

Having bred Blondes for over quarter of a century, Eamon and his family have collected a myriad of rosettes and championship titles in the showring. “We have won every show in Northern Ireland at some point over the years,” explains Eamon proudly. “Our biggest achievement was winning at the Balmoral Show in 2016. For Irish breeders, this show is the top of the game and it’s a huge accomplishment to win there.”

Eamon also runs Budore Fertility Services which offers AI services across Ireland and the UK, and alongside this, offers cattle breaking and showing preparation which includes presenting for judging at shows. Eamon has established a client base, including a number of renowned breeders, he regularly shows on behalf of, and this has led him to success at the majority of the shows on the circuit, including Borderway Agri Expo.

“With showing, there is an element of luck of the draw. You can pick a beast out months before and it might just not quite get there growth wise, for example. It takes a lot of time and preparation to get a beast ready for the showring,” says Eamon.

“At the moment I’m not showing at this year’s Agri Expo, but that could easily change! It’s difficult for Irish breeders to show in the UK due to the new regulations that means cattle have to stand for six months before returning home. This has really put a lot of people off.”

Despite this, Agri Expo is a show that Eamon never misses. “The whole atmosphere is fantastic. There’s such a buzz and it’s great to meet lots of new faces and catch up with the mart staff for a good craic,” explains Eamon.

He adds: “The stock at Agri Expo just gets better and better every year. It’s nice to see what everyone else is doing and what they’re bringing out. The standard is incredible, both commercial and pedigree. If you’re winning there, you know you’ve got something good.”

For pedigree breeders like Eamon, Agri Expo provides the last opportunity for a big outing (or a holiday!) before calving starts. Eamon concludes: “It’s just a great event all round. There’s so much to see and with so many people to connect with. Even if you’re not into showing, it’s a great opportunity to see what other people are doing, whether that be their livestock, genetics, feeding, machinery; Agri Expo has it all.”