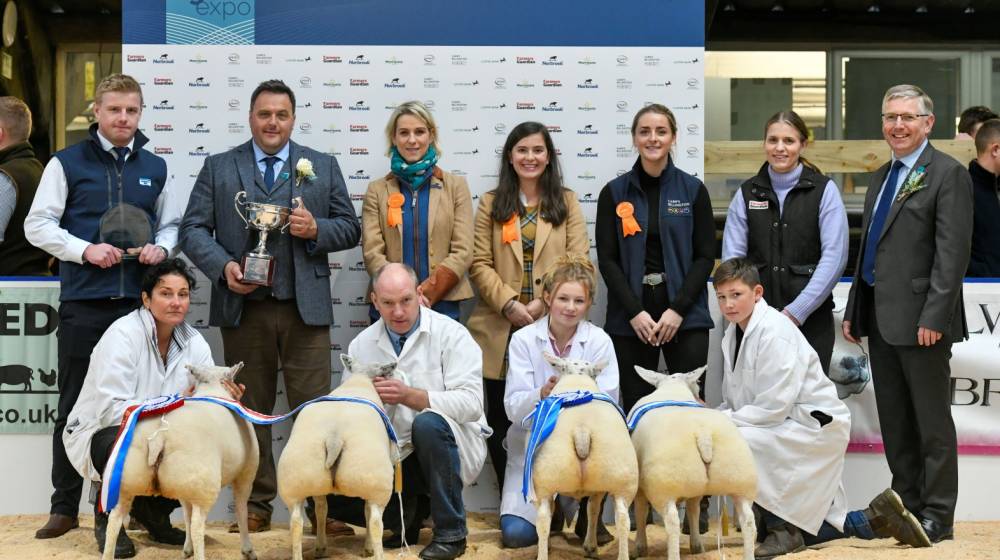 Inglewood Edge Farm is a 906-acre grassland family run farm near Penrith and home to mother-daughter duo Joanne Hall and daughter April Skelton who will be taking to the showring at Borderway Agri Expo once again this year with their prize-winning Beltex flock.

Having farmed at Inglewood since 1949, R Hall & Son first introduced Beltex to the sheep enterprise after going to see the very first UK importation at Penrith Market back in 1985. At the time the family were running Swaledales and breeding Mule lambs but on inspection felt the Beltex offered them more in terms of conformation so made the move and have never looked back.

Nowadays, Inglewood Edge is home to 1500 Beltex cross breeding sheep and Joanne has also established a name for herself in the showring with a lengthy list of class wins and championship titles, including taking both Champion and Reserve at last year’s Agri Expo.

The flock is managed on a simple, low-management system and, contrary to popular belief, have very little problems with the continental breed. Other than buying in rams, the flock is run as a closed flock and all replacements are bred on farm. Lambing is split with half lambing in March and the other half in April and the Halls also refrain from lambing anything as Hoggs. Joanne explains: “All lamb as shearlings onwards to give them a chance to grow a bit more. We also have very little lambing problems and find that very little assistance is needed so long as minimum hard feed is offered and vitamin levels are kept right.”

Joanne prefers the more traditional type of Beltex as she finds they have the good carcase and better skin that she’s looking for to withstand the environment at Inglewood Edge which rises to 1000 feet above sea level in places. When selecting breeding rams, the challenge is getting a balance between meeting butcher specifications and export markets, but also producing good breeding females that will lamb well.

Any stock that is not kept as replacements is sold live through Penrith and Wigton markets. “I think it’s important to keep these live markets going,” says Joanne. “This way farmers get a fair deal for their stock rather than abattoirs dictating what they are going to pay.”

In addition to the sheep enterprise, the Halls also keep 350 store Wagyu cattle which complement the flock perfectly with their hardy nature and flexibility.

The family began showing sheep at the Scottish Winter Fair in 1998 and have established themselves as one of the more formidable flocks on the winter circuit. Joanne has enjoyed success all over the UK including the Welsh Winter Fair, Scottish Winter Fair, Countryside Live and, of course, Agri Expo. One highlight for Joanne was the same lamb winning the live and dead section of the live/dead competition at last year’s Scottish Winter Fair, something which has only ever been achieved twice.

Joanne’s passion for showing has also been inherited by her youngest daughter, April Skelton who, at 17 years old, has already made quite a name for herself in Young Handler classes. Alongside her full-time job at a local vet’s practice, April helps out on the home farm, particularly during lambing. Together with older sister, Holly, April contested the Cumbria Young Handlers competitions for a few years, both winning on a couple of occasions.

This year is April’s last in Young Handlers however she still plans to continue showing alongside Joanne who said: “April’s training in beauty therapy is a great help in preparing sheep for the showring!”

Joanne and April will be showing four pairs of lambs at this year’s Agri Expo; Beltex, Dutch Texel and two single lambs, one any weight and one butcher’s choice, which the Halls also won last year.

Commenting on Agri Expo, Joanne said: “Borderway Agri Expo is a great show which we’re lucky to have local to us. It all happens on the same day and as they work through the classes the atmosphere just grows in anticipation of the championship. There’s always so much to do and see, and a fantastic crowd. At Agri Expo you always get plenty competition which is good. If you do well in a big class it always means more, especially when the quality of entries is excellent. It’s also nice not to have to stay away overnight too!” 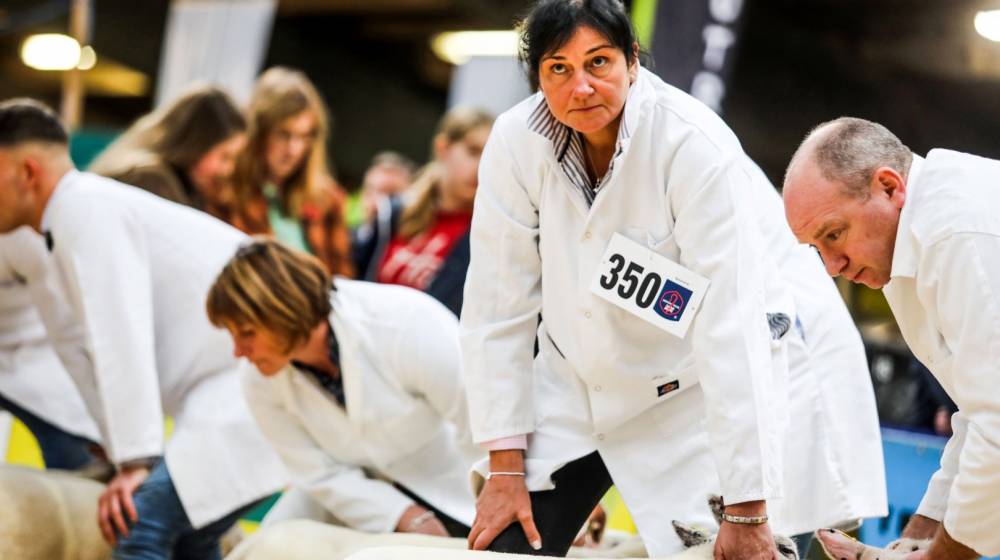