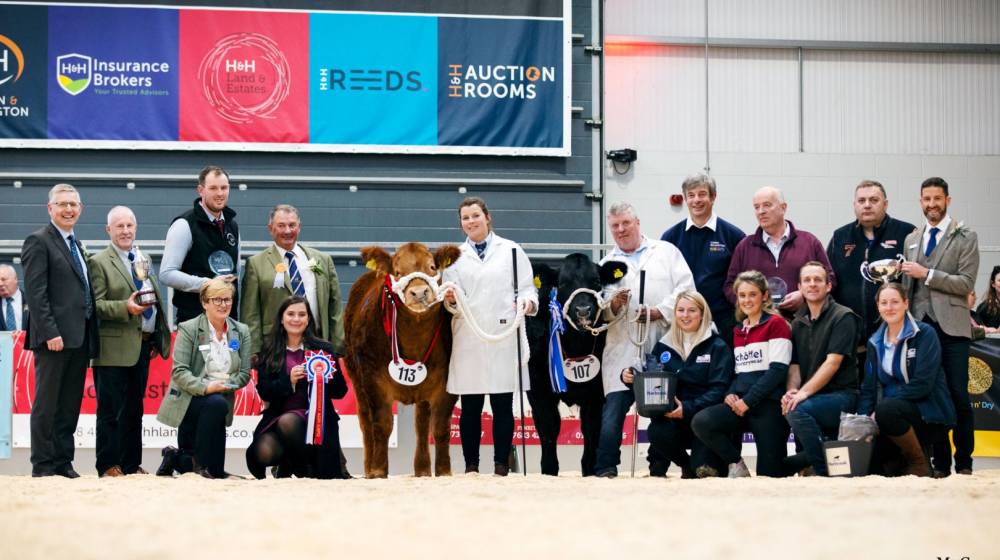 All That Sass Pays Off With Sassy Girl Taking Supreme Championship

Harrison & Hetherington’s  2022 Borderway Agri Expo was a true celebration of British agriculture and as the event is broadcast live across the globe for the first time ever, Supreme Champion was awarded to Limousin heifer, ‘Sassy Girl’

Within the region of 10,000 visitors passed through the gates to see some of the finest quality cattle and sheep the UK has to offer. The highlight of the day, as always, was the crowning of this year’s Supreme Champion, awarded to ‘Sassy Girl’, a 16 month old Limousin heifer from Little & Shortt,  Reserve Champion went to ‘Prime Suspect’ the British Blue cross heifer from Duffton, Small & Wilkinson.

Throughout the day, commercial and pedigree cattle and sheep competed in 127 classes, which included the five breed society shows; The Aberdeen Angus Winter National Show; The Beef Shorthorn National Calf Show; The Simmental Regional Calf Show; The Border British Blue Club Calf Show; and The Hereford National Calf Show. There was also an abundance of young talent in the three young handlers’ classes. Spirits were high and it was fantastic to see so many members of the livestock industry out in force to showcase the phenomenal work that goes on behind the scenes to produce livestock of this calibre. For a full list of results please visit -https://borderwayagriexpo.uk/results/2022/sheep/

Overall Supreme Champion, ‘Sassy Girl’, was shown by the duo Little and Shortt, and when scooping this award Allen Shortt said: “I’ve always dreamed of winning an event like Agri Expo and to do it with a homebred animal is the icing on the cake. We won first at the National Show in Ireland and she has been over here in Cumbria with Katrina and James since July, they have done a fantastic job with her.”

Judge Michael Allford said: “Both Champion and Reserve have fantastic conformation and tremendous fat cover. They are just what the market wants right now. Both have tremendous tops, but for me, the winner has a fantastic body of beef which is what tipped it.”

In the sheep sections, sponsored by mainline sponsors - Carrs Billington, Norbrook & Woodhead bro's. There was a huge number of high-quality entries put forward for judging. The overall Champion went to R Garth & S Priestley  for a pair of heavy weight Beltex, and Reserve went to Firm of Shawhead Farm for a pair of cross bred lambs, put forward in the ‘other hill bred ewe’ class.

A challenging task for Judge Allan Wight, in choosing the final two he said: “Today I have seen some tremendous stock, it was a real challenge choosing the overall winner,  because both the Reserve and Champion were very well balanced sheep and were shown to perfection, the overall winner was a perfectly matched pair.”

Trevor Foster, had the difficult job of casting his eye over the Mule Gimmer Lambs. The NEMSA Perpetual Trophy, presented to the best pair of NEMSA tagged lambs, was Carnforth’s James Robinson, who also scooped first in the Single Mule Gimmer Lamb class. The reserve in both classes was Philip Elliott from Mungrisdale Penrith. Trevor said of the day, “It was a privilege to come and judge the show today. These are some of the best Mules from all over England all together and it’s a very difficult job to judge them as every single one is so good. At the end of the day you do have to make a decision and I hope I got it right!”

For the first time ever, the event was livestreamed with viewers tuning in from across the globe. The trio of guest commentators was made up by Libby Clarke and Andy Frazier presenting the commercial cattle classes, and Scott Brown presenting the sheep section.

Also new this year was a vlogging competition to encourage the next generation to get involved in promoting British agriculture. With social media playing a huge part in many peoples’ lives, H&H sees this as a valuable opportunity to showcase our industry and educate the end user. Open to individuals 18 years or under, this inaugural competition was won by 12-year-old Honor Graham from Midtown Farm, Dumfries and Galloway. Judge Will Roobottom, who is the face of Cowley Hill Farm was blown away by Honor’s confidence and ability to interact with her audience. As part of her prize, Honor was given the opportunity to film a vlog alongside Will at Agri Expo. Runner up was 14-year old Georgia Silvester from Staffordshire.

Speaking after the event, H&H Group Chief Executive, Richard Rankin, said: “The 2022 Borderway Agri Expo has been a spectacular showcase of British agriculture and we are exceptionally proud to be able to deliver this event. It has always been our aim to represent everyone within the industry, and I believe that with such a full and varied programme we achieved this.

“It’s wonderful to be able to bring together so many people from all sectors of the industry and work collaboratively to promote the strength and innovation of farming in the UK.”

The H&H Land & Estates seminar series returned after its successful launch last year. To a packed ring both seminars included a question-and-answer session which provoked some very interesting questions on Live Exports, Future Payment Schemes, Food Security and challenges faced by the next generation within the agricultural industry.

In debating and discussing ‘The importance of Farm Support and Food Security’ Dr Neil Hudson MP for Penrith and The Borders said: “We have to support all aspects of food security and funding schemes must reflect this.”

Dr Julia Aglionby  (professor in practice at the Centre of National Parks and Protected Areas and consultant with H&H Land & Estates) said: “We need to produce and support high health quality food production with high animal welfare at its heart.”

The highly anticipated David Thomlinson Award was presented to someone who shares David’s dedication and passion for the industry, John Hall of Inglewood Edge. His nomination shone through due to his commitment to helping others succeed and paving a way for the young people to secure the future of the industry and the breeds he cares so deeply about. John commented: “I’m thrilled and stunned to have been presented with this award. I just can’t comprehend that people can think so much of me to put me forward.”

A key element of Borderway Agri Expo is always the trade exhibition and with over 140 trade stands, it represented all aspects of the agri industry. Judged by Lord-Lieutenant of Cumbria, Claire Hensman, the best breeds stand was awarded to the British Wagyu; G Shepherd Animal Health scooped overall best indoor stand and Carrs Billington the best outdoor stand.

In concluding, H&H Managing Director, Scott Donaldson said: “This year we reached a new milestone with our fifteenth event and on behalf of everyone here at Harrison & Hetherington I would like to take this opportunity to thank everyone for their continued support. Each and every person that attends, whether they be livestock exhibitors, trade stand holders, or simply just visiting the event, plays a part in making the event as successful as it is today.

“Agri Expo has gone from strength to strength over the years and the sheer volume of people through the doors, and the quality of livestock exhibited, is testament to that.

“Once again, Agri Expo has brought together people from within the Agri industry across the globe and the new livestreaming has highlighted just how far and wide our audience spans which is incredible. The feedback we have received is phenomenal and highlights that events such as these really are cornerstones in bringing people together and steering the future of British agriculture.” 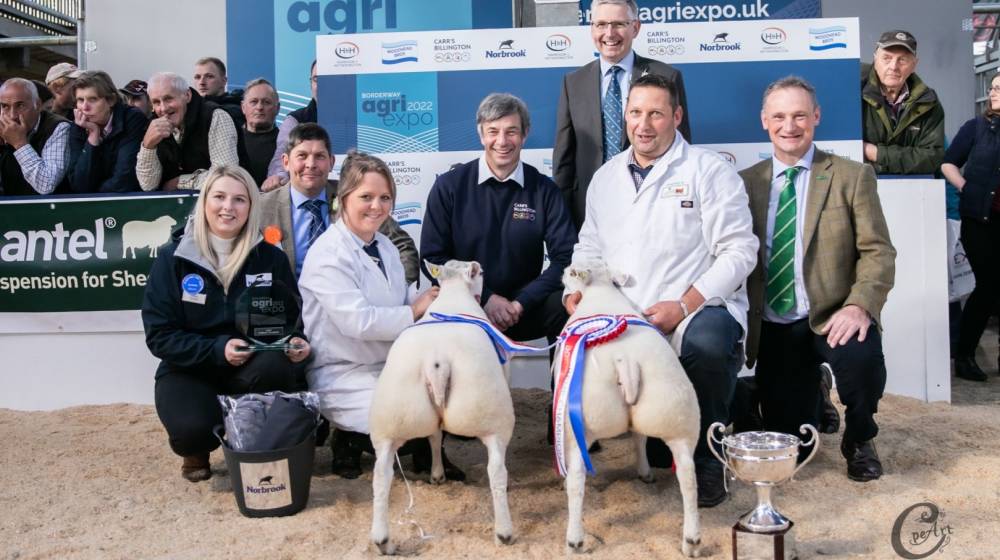