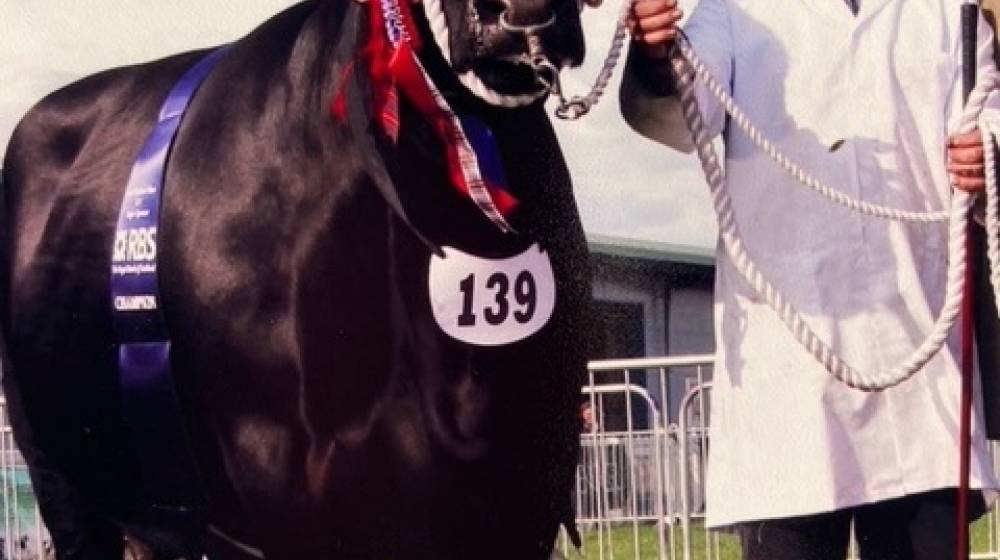 Harrison & Hetherington has announced details of the judges for the five breed society shows being hosted at this year’s Agri Expo.

Judging the Aberdeen Angus Winter National Show is Fraser Cormack of Jedburgh, Scottish Borders. Fraser farms on a small scale alongside his foot-trimming business which he runs with his son. Having been a long-time breeder of Aberdeen Angus, until recently Fraser has been a regular face on the showing circuit with his cattle, including at Agri Expo. Nowadays Fraser spends most of his time working off-farm, and so the day-to-day management is down to his wife and daughter, making it a real family run enterprise.

Fraser said: “Shows such as Agri Expo are so important for the industry and it’s an honour to have been asked to judge. For pedigree breeds such as the Angus, it’s an ideal opportunity to lay down a marker of where the breed is at and what it has to offer the commercial markets as well as the pedigree side.”

Pedigree breeder and farmer Chall Pearsons of Longtown, Cumbria, will kick-start his judging career by judging the Border British Blue Club Calf Show. Chall, who farms together with his partner Kate, took on the tenancy of their 175-acre farm four years ago and runs a small herd of pedigree British Blue alongside a mixed flock of around 650 commercial and pedigree sheep. Chall keeps around 15 pedigree Blues and uses embryo transfer to utilise top genetics in his herd. A recent highlight for Chall was selling Trent Valley Neo for £9000 guineas at Carlisle last May.

On being invited to judge this year’s show, Chall said: “Agri Expo is a fantastic show which is very well put together. I’m looking forward to judging the Blues, although would be lying if I said I wasn’t a little nervous! There are not many shows in the same league as Agri Expo! I’ll be looking for animals that are a true British type. I want to see good legs and plates and a good size of animal.”

The Hereford Calf Show will be judged by third generation breeder, William McMordie. William continues a 70-year family heritage of breeding pedigree Hereford cattle at his family farm near Ballydown, County Down in Northern Ireland. William farms in partnership with his father, who has also previously judged at Agri Expo, and together they manage in the region of 210 commercial and pedigree cattle, and over 175 acres of grass. William has been judging for over a decade, including at the Royal Highland Show and both Scottish and Midlands Calf Shows.

Commenting on his judging appointment, William said: “At Agri Expo I will be looking for cattle that are the type the market needs; good and clean through the middle, wide tops with a well filled loin, and good hindquarters.

“It is always a delight to see these pedigree classes at such big commercial shows. It shows how commercially viable the Hereford breed is and just how much it has to offer, not only pedigree breeders, but commercial ones too.”

The Beef Shorthorn National Calf Show will be judged by Pamela Nicol who manages Doldy Farms in Angus, Glenisla. Following the purchase of its first pedigree Beef Shorthorn back in 2008, the 2500-acre estate is now home to 24 pedigree Shorthorn cows, as well as 100 commercial cows and 1000 Blackface ewes. Pamela has a wealth of experience judging sheep however this will be her first time judging cattle.

On accepting her judging appointment, Pamela said: “This will be my first time at Agri Expo, and judging Shorthorns. I’ve judged plenty sheep over the years, but this is a new challenge which I am looking forward to!

“I will be looking for an animal of a medium size which is good on its legs. Colour doesn’t bother me, as long it’s a good balanced animal with correct breed characteristics.”

Judging the Simmental Regional Calf Show is Varrie Loggie from East Merkland farm near Strathaven, Lanarkshire, who helps out on the family farm around her full time work for a local graphics company. The 600-acre farm welcomed its first four pedigree Simmentals when Varrie was just 16, and today numbers are up to 60 head, which run alongside 700 ewes. A member of the Scottish Simmental Club, Varrie previously held a committee role for the young members, with one highlight being her travels to Australia on congress in 2010 where she represented British Simmentals.

Despite doing little showing with her own herd, Varrie caught the showing bug by helping others with cattle in the ring. Judging is a fairly new addition to her CV, and this will also be her first time visiting Borderway Agri Expo. “I’ll be looking for an animal which displays typical Simmental breed character. I like feminine females and correct bulls so will be looking for something that really stands out,” explains Varrie.

Commenting, Harrison & Hetherington’s Managing Director, Scott Donaldson, said: “We are proud to be hosting five major breed society national shows at this year’s Agri Expo. It really is testament to the event and with the highest calibre of stock passing through the rings, judging these shows is certainly a challenging job. I look forward to welcoming the breed societies and their appointed judges to Carlisle in October and would like to take this opportunity to thank them all for their support.”