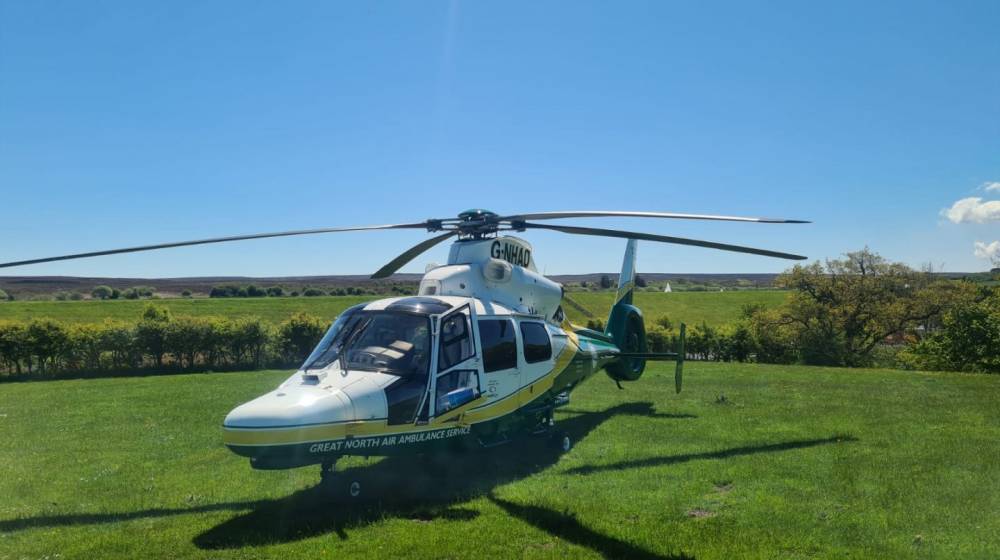 Harrison & Hetherington are proud to announce they have selected the Great North Air Ambulance Service (GNAAS) as their chosen charity to support at this year’s Borderway Agri Expo event. With Harrison & Hetherington themselves working across the North of England, they view the charity as a vital service for the people of Cumbria and the North East.

The registered charity, despite giving pioneering pre-hospital treatment to patients, is not NHS funded and relies entirely on donations in order to operate. Using a mix of helicopters and rapid response cars, the GNAAS team use their specialist training to deliver world-class care to their patients, often offering lifesaving treatment in doing so. In 2020 the team responded to 1,262 callouts.

Commenting on the decision, Richard Rankin Chief Executive said: “We are delighted as a company to continue to support the Great North Air Ambulance Service. H&H recognise the importance of the work they do, particularly in the farming world, and feel it is in everyone’s interests to support such a vital service. Many of our team, as well as their families and friends, have their own personal stories or know of rescue and care carried out by the charity and so it is fantastic to have the opportunity to give something back and help the GNAAS continue to offer lifesaving treatment.”

H&H Group have an enviable portfolio of businesses which are primarily involved in the rural and agriculture industries. As such, they have been aware of rising incidents and deaths which have blighted the sector in recent years, with the BBC reporting that there are more fatal accidents on farms than any other sector. This troubling reality means fast arriving critical care is vital for rural areas, and having a service which can perform on-scene medical treatment can mean the difference between life and death when incidents occur many miles from the nearest hospitals.

One such person who was helped by the charity is Judy Dodd, from Temple Sowerby, Penrith, who was hurt in a freak accident on her husband’s farm. The accident occurred when a pigeon flew low and spooked one of the Limousin cows which then, in its fright, attacked Judy as she was shutting the gate to the field. After managing to get away from the cow, Judy made it home with painful bruising across her hip and shoulder.

Talking about her story, Judy said: “Once I was home, my husband decided the bruising was getting decidedly worse and we knew I had to be looked at. As the roads surrounding the farm were extremely icy, the emergency helicopter was sent for me and they wanted to take me to hospital as initially we had no idea what my injuries were. Thankfully, I was lucky and it was just extremely bad bruising but its easy to see why the GNAAS is so vital. It really wasn’t the cow’s fault. It acted in fright, not aggression, but accidents happen, especially in rural areas, and when you’re so far from a hospital there isn’t a minute to spare.”

Funds for the Great North Air Ambulance Service will be raised through programmes sold at the Agri Expo, The event will take place on October 29th in Borderway, Carlisle, and is expected to draw in excess of 10,000 people on the day.