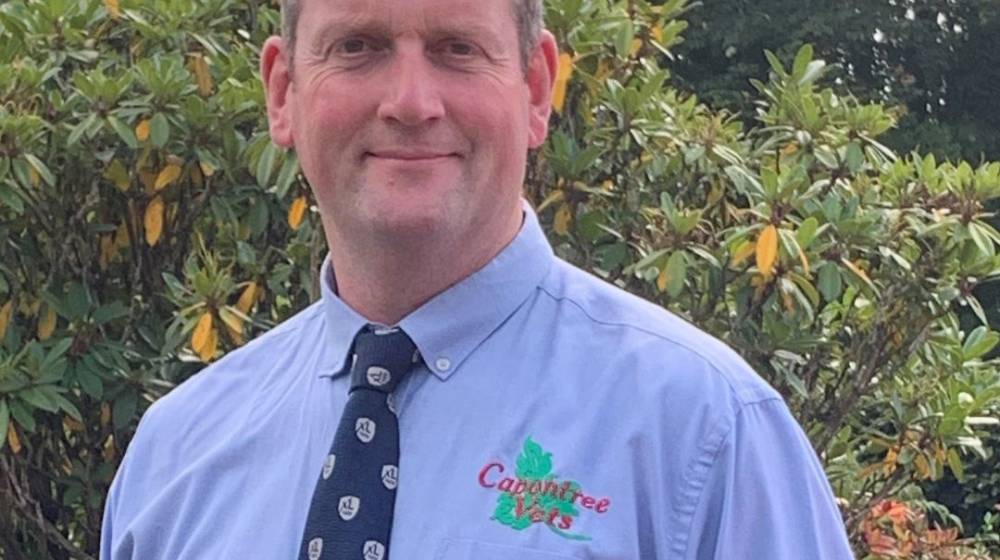 With less than two weeks before the nominations deadline, the names of the trio of judges chosen to oversee the prestigious David Thomlinson Award, have been published.

Sheila Thomlinson, David’s wife, is joined by David Pritchard, a former MD of Harrison & Hetherington, and Cumbrian vet David McCrea and together they will review all nominations received and announce the winner at the 2021 Borderway Agri-Expo on Friday 29th October. The award itself, which will be presented by Sheila, has been specially commissioned from Border Fine Arts, the creators of the well-known countryside and wildlife figurines.

Following David’s sad and untimely death as a consequence of a tragic accident on his farm, this award is intended to commemorate David’s life and achievements. David, who worked for Harrison & Hetherington his entire professional life, was a well-respected auctioneer, renowned farmer and Limousin breeder of 40 years.

Both judges knew David for many, many years. David Pritchard was a close friend and worked with him at Harrison & Hetherington. David McCrea, a Director of Capontree Vets in Brampton, was David Thomlinson’s vet, as well as being a neighbour and very close friend.

On being invited to judge David McCrea said:

“I am hugely honoured to have been invited to be part of the judging panel for this award. Throughout David’s life, he was an enthusiastic promoter of agriculture and was always eager to offer his help. He was a keen countryman, he made a difference, and with that in mind this award aims to encourage and reward individuals who possess the same drive, determination, and kindness as David”

Nominations for the inaugural David Thomlison Award close on the Wednesday 29th September and anyone wishing to make a nomination should send a brief resumé on the nominee to:

The David Thomlinson Award, c/o Heather Pritchard, Harrison & Hetherington Ltd, Borderway Mart, Rosehill, Carlisle CA1 2RS, or by email with the name of the award in the subject line.