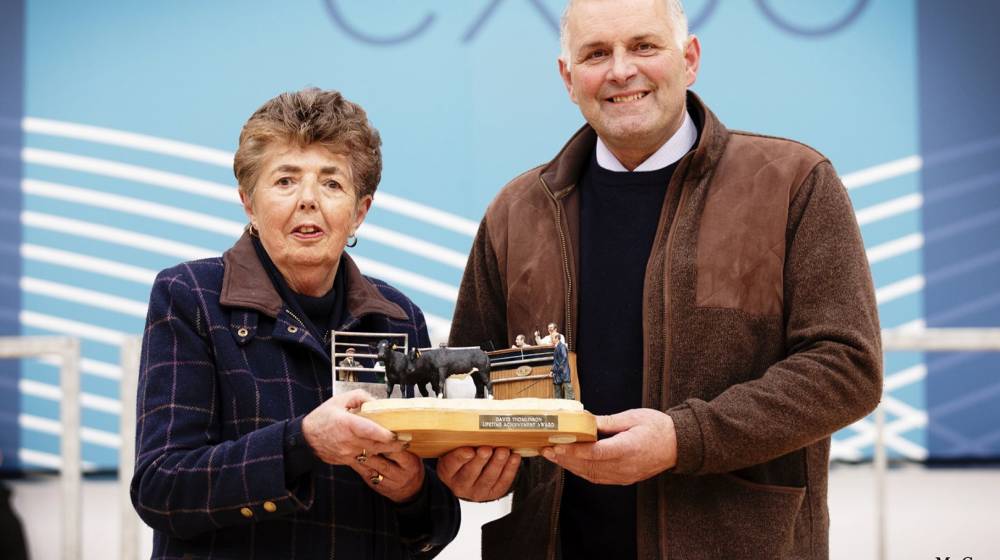 This brand-new accolade, which will become an annual presentation going forwards, has been established to recognise commitment, success and accomplishment within the livestock farming industry. Following David Thomlinson’s sad and untimely death as a consequence of a tragic accident on his farm, this award is intended to commemorate David’s life and achievements, with the aim being to recognise a person within the livestock industry judged to be, just like David himself, a passionate livestock farmer and an exemplary role model within the industry.

John Gent runs 150 acres in Moorhouse near Newark, which he has been farming himself for nearly 20 years after taking over from his father. He runs a herd of approximately 150 Limousin and Limousin cross cattle, as well as being an active member of the auctioneer team at Melton Mowbray Market.

“With such a considerable number of entries, it was an incredibly difficult job to pick just one winner, however we felt John epitomised what David stood for, showing an outstanding dedication to auctioneering and the livestock industry.

“His nomination outlined his generosity and willingness to help other farmers with any advice, help or reassurance they may need. John has a phenomenal amount of experience and knowledge but what stood out to us on the judging panel is that he is always looking to share and pass on his knowledge for the benefit of the industry he is passionate about.

“John is always working towards producing the best cattle, with welfare and standards at the very heart of his beliefs. This attitude led him to success this year when he topped the market at Carlisle selling both a top price bullock and heifer.

John is the epitome of a superb cattle farmer – his passion for the industry is limitless. He is affectionately known throughout the cattle world as “Mr Newark” due to his work at Newark Cattle Market for 40 years until it’s sad premature demise in 2020.

His goal is always working towards producing the best cattle with welfare and standards at the very heart of his beliefs.

A generous and willing man he will do anything he can to help fellow farmers, and always puts others’ needs before his own. He is always only too willing to share his knowledge for the benefit of the industry. John is widely involved with charitable organisations and is a great supporter of his local Young Farmers Club.

Commenting on receiving his award, John simply said: “I am totally overwhelmed. This means everything to me. David Thomlinson was an absolute legend.”